'The World is Looking at Us": Minneapolis Puts 'Defund the Police' to a Vote

The city will decide on a sweeping measure that would limit the size, scope and influence of its police department. Demonstrators march in Minneapolis, as protests continued following the death of George Floyd on May 31, 2020., Julio Cortez/AP Photo

The “defund the police“ movement got its start in Minneapolis last year. It might meet its end there in November.

Minneapolis voters will decide then whether to adopt an amendment to the city’s charter that would limit the size, scope and influence of its police department, a first-of-its-kind measure sparked by the 2020 killing of George Floyd by Minneapolis police officer Derek Chauvin. The mayor who would help spearhead those reforms is also on the ballot: incumbent Mayor Jacob Frey, who is facing a slate of nearly 20 challengers, including several leaders of last summer’s protests for police accountability in the wake of Floyd’s death.

The amendment — and, to a lesser extent, the mayoral race — will provide the first ballot test of a big-city police department overhaul in advance of the midterm elections. Those in favor of sweeping police reforms also see the amendment’s outcome as a gauge of just how much political capital defund movement activists have left against the backdrop of a spike in violent crime.

Democrats have been divided nationally over whether the push to “defund the police” seriously damaged their electoral prospects in 2020 or had no effect at all. It’s a debate happening in nearly every big city in America.

“After George Floyd, the world literally turned its eye to Minneapolis. The pressure was on,” said Robin Wonsley Worlobah, a community organizer and candidate for City Council. “Really, we're seeing what legacy are we creating in the wake of George Floyd. What are we going to do about the future of public safety? Because what we do here, we know will impact other cities.”

Under the Yes 4 Minneapolis initiative, the Minneapolis Police Department would be replaced with a Department of Public Safety, eliminating the city’s required minimum number of officers per capita and replacing some with social workers, mental health experts and crisis managers — effectively defunding the local police by reallocating funds to other city services. 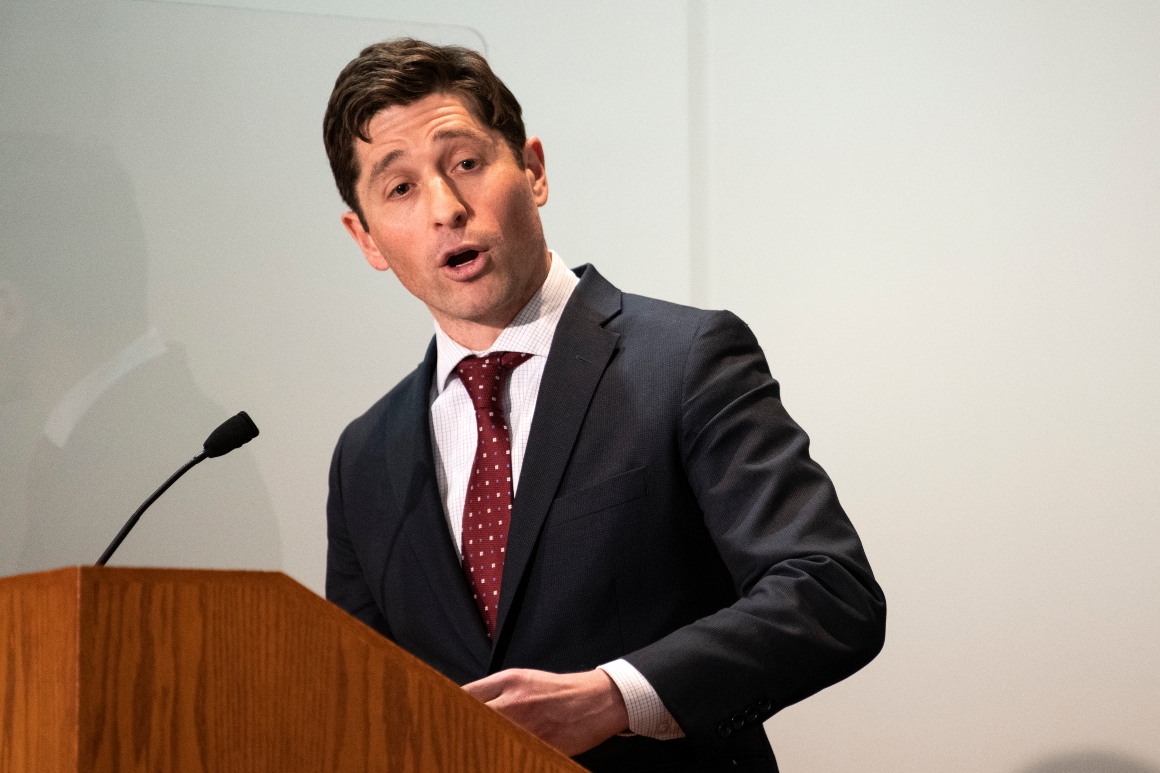 The City Council and the mayor would share oversight of the new department, deciding the scope of the role police officers — who would be newly classified as “peace officers” — would play. These changes would mark a significant check on the mayor’s power, as Frey currently has total control of the department’s funding, staffing and leadership.

Advocates for the measure view the dramatic revamping as a necessity — one that predates Floyd’s death. For starters, the city’s charter amendment mandating a minimum number of police officers has been in place for 60 years. And, pointing to the 2015 shooting death of Jamar Clark, a 24-year-old Black man, and the 2016 shooting of Philando Castile in nearby St. Anthony, those pushing the amendment note that the groundwork for the protests against law enforcement tactics last summer was laid well in advance.

In April, the Justice Department said it would pursue a pattern or practice investigation into the Minneapolis Police Department after the murder of George Floyd. The DOJ will focus on the department’s use of force patterns and assess whether it disproportionately targets Black and brown residents.

Despite that backdrop, Democrats in the overwhelmingly liberal city — and across the state — aren’t universally supportive of the amendment. Gov. Tim Walz and Sen. Amy Klobuchar both oppose the amendment, criticizing it as too far-reaching in the face of rising crime rates in the city and too ill-defined to be successful.

Walz told the Minneapolis Star Tribune in August that the amendment was better suited as a statewide ballot initiative, rather than one unique to Minneapolis.

Frey, who is running for his second term as mayor, also opposes the ballot measure. In his view, the provision that would place the power to reform — or abolish — the police in the hands of the City Council is particularly problematic.

“When everybody's in charge, nobody's in charge,” Frey said in an interview. “I think that would dramatically diminish accountability. It would reduce clarity of command.”

Frey has expressed support for aspects of the amendment that allow social workers and mental health experts to respond to some emergencies. But he offers his own plan for law enforcement changes that remakes the police department from the inside, via peer-to-peer training and more stringent use of force guidelines. 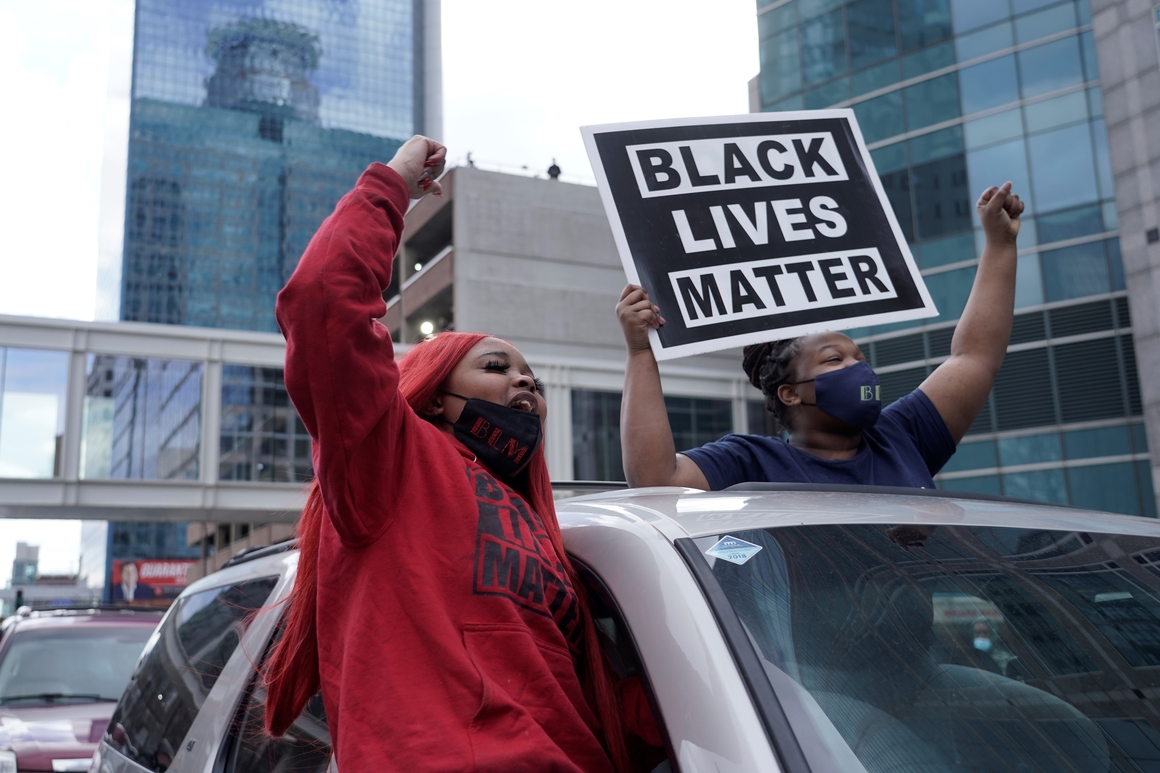 Numerous Black Lives Matter banners were on display in the aftermath of the Derek Chauvin verdict. | Morry Gash/AP Photo

The mayor said his views on police reform were informed by heavy input from Black and brown residents of Minneapolis, many of whom have been supportive of police reform efforts but remain wary of the notion of defunding or abolishing the police. And Frey has been quick to tout his record of supporting reform, citing a 40 percent jump in use of body cameras and ban on warrior-style training for officers both on and off duty during his tenure.

“There's a ton of changes that have been made,” Frey said of Minneapolis’ approach to policing in the aftermath of Floyd’s death. “Now, they're specific, they're technical. And you can't fit them into a hashtag.”

Bill Rodriguez, an ally of Frey’s administration, co-founded the group Operation Safety Now last summer to oppose the movement to defund the police. Now that the ballot amendment has gained steam, his group has renewed political fervor.

“There's very few people, not only in this town, but I think across the country, that would be against police reform, that would be against denying that there has been some systemic racism,” Rodriguez said. “I think what they want, though, is well-thought-through public policy that actually has been well-defined and well-conceived. And that's not the case of what we're seeing here in Yes 4 Minneapolis.”

Activists have dismissed Frey’s reforms as too piecemeal and rejected the criticisms of Yes 4 Minneapolis as fear-mongering. Pro-amendment organizers have sought to make clear that they do not aim to abolish the city’s police department — the Yes 4 Minneapolis website (recently rebranded as "Yes on 2" to reflect the amendment's placement on the ballot) states that the amendment neither abolishes nor defunds the police.

“People want to have these debates about ‘defund-versus-not-defund, or ‘defund-or-pro-cop. Those are such mischaracterizations of the actual conversations about what this charter change does,” said JaNaé Bates, an organizer and spokesperson for Yes 4 Minneapolis. “If you say, ‘defund the police’ to 10 different people, you will get 10 different responses about what that actually means.”

Replacing the current structure with a Department of Public Safety, Bates said, would rid the city of an outdated model and more fully protect communities from crime by allowing more experts to respond to emergencies that may not always require law enforcement.

Activists who support Yes 4 Minneapolis say the current version of the amendment makes clear how a new Department of Public Safety would operate under the purview of the City Council.

“Community members have been calling for this solution to be able to expand public safety for decades. And they always run up against the same brick wall as to why they can't do it,” Bates said. “This is how we remove that brick wall.”

In their efforts to win support for the ballot amendment, activists have tried to draw a direct correlation between Frey’s leadership and the outsize role that law enforcement plays in Minneapolis. Hundreds of activists booed him out of a rally in 2020 after he rejected demands to defund the Minneapolis police. He ultimately increased the police budget for the city for the 2021 fiscal year, replenishing the department’s funding to its levels before Floyd’s killing.

They see the election’s timing — roughly 18 months after Floyd’s killing — as an opportunity to make the election a referendum on both Frey’s mayoral tenure and the future of policing in Minneapolis.

“I believe it's critical that our decision makers have seen what it's like in the streets,” said Sheila Nezhad, an organizer who helped lead protests last summer and is now among the top challengers to Frey, carrying endorsements from Run for Something and Minnesota’s Young Democratic Farmer Labor party. “Mayor Frey has probably never choked on tear gas.”

Earlier unsuccessful efforts to overhaul the city police department underscore the tumultuous politics — and confusion — surrounding the ballot amendment. In June 2020, a majority of city councilmembers signed a pledge to dismantle the police department but the initiative fizzled by September after a number of them backed away from their pledges.

While activists were calling for defunding and abolishing police, some council members interpreted their demands to mean they merely wanted to reallocate portions of police funding to community initiatives.

“We were responding to what we were hearing from constituents, we were responding to cries for something more transformational than what's been promised in the past,” said Lisa Bender, the outgoing City Council president who supports the ballot amendment. She added that the council was "stepping into a leadership void" created by Frey's administration.

Simply getting the amendment on the ballot this fall has been half the battle: It was challenged in Minnesota courts before its final clearance on Thursday by the state Supreme Court.

Jeremiah Ellison, son of Minnesota Attorney General Keith Ellison, is a council member running for reelection in Ward 5, one of Minneapolis’ predominantly Black neighborhoods. He said his constituents have expressed concern about his support for the amendment. Police reform is necessary, they argue — a sentiment held by a majority of Black Americans — but a major overhaul of policing is a bridge too far for many of them.

Many worry that the first failed “defund” attempt last year was a sign that the Black Lives Matter movement is losing ground, as evidenced by the downtick in public sentiment toward the movement. In June, a majority of Americans expressed the belief that BLM protests for police accountability achieved little effective change.

But those perceptions are not the only hurdle to passage of the amendment. Several opposition groups have poured thousands of dollars into advertising campaigns against the measure and also into the war chests of like-minded candidates.

And amendment organizers’ continued struggles to clarify what the amendment would mean in practice have made it difficult to make the case for overhauling the police in the face of a steep uptick in crime in Minneapolis. Canvassers for the Yes 4 Minneapolis initiative said they have met with some resistance from voters.

Amendment supporters blame the confusion on misinformation campaigns tied to organizations opposed to Yes 4 Minneapolis. Educating and turning out voters, those supporters say, is their chief focus in the final month before the Nov. 2 vote.

“The power has always been there. The only difference now is the world is looking at us and seeing how we’re moving forward,” Worlobah said. “Or are we going to move backwards?”

Maya King is a politics reporter at POLITICO, where she writes about the intersection of race and politics.  She has previously held positions at NPR, USA Today and the Democracy Fund. She is a Tallahassee native and graduate of Howard University, where she studied journalism and Spanish.