tv Dark Capitalism Is the Biggest Trend in TV

Series like 'Squid Game', 'Succession' and 'Dopesick' show the view from the bottom and very top of the economic ladder, and remind us there's a great distance between the two While Ted Lasso would have you believe that we are living in a golden age of comfort TV, the most talked about shows of the year suggest this is perhaps the epoch of discomfort television, as series which explore the corrupt nature of modern capitalism continue to hold our attention.

The runaway success story belongs to Netflix's Squid Game, the Korean drama in which broke contestants compete in children's games in the hopes of clearing their debts, but with fatal consequences should they lose. Following in the footsteps of last year's best picture winner at the Oscars, Parasite, Squid Game is a pitch-black satire of the bleakness of late capitalism. The show's depiction of the desperate lengths people living on the edge will go to in order to free themselves from a cycle of debt feels part of the our world, where we see videos of gig-economy workers wading through flooded streets to deliver takeaway food to their richer neighbours. 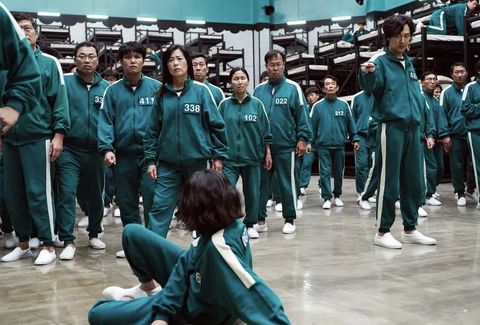 The success of the show suggests perhaps instead of pining for escapism, what people really want is to see our rotten reality reflected back at us; maybe all there is left to do is laugh at how truly terrible things are.

In September, Succession returned for its awaited third season, and judging by the adoration the show's most unscrupulous characters receive week-in, week-out on Twitter, its fans are as enamoured with the morally corrupt as ever. Thus far, this season doesn't even have the envy-inducing yachts and country retreats serving as wealth porn, but instead is like watching hyaenas in Patek Philippes hyperventilating as the company's share price – and by extension their stock portfolio – plummets. If Squid Game is an exploration of the desperation of the have-nots, then Succession shows that for the extremely wealthy, money can make you (nearly) as miserable, even if it is harder to have sympathy for the afflicted. 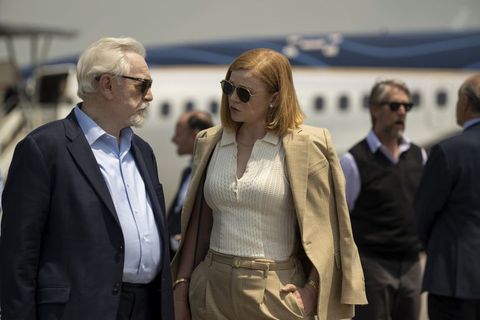 There is something monstrous about witnessing how low people will go to to amass more and more money, something especially true in Hulu's new series Dopesick. The drama series, which starts on Disney+ in the UK this week, tells the story behind America's opioid epidemic and the family who went to great lengths to hide their involvement in Oxycontin, while profiting wildly from pushing the addictive painkiller.

While Dopesick feels like a dystopian parable of capitalist greed spun from the mind of Charlie Brooker, it is rather depressingly an entirely true story, one that is still ongoing in a sense as the Sackler family evade any meaningful comeuppance. But while chief racketeer Richard Sackler earns plenty of criticism – even occasionally straying into cartoon villain territory – arguably the real evil is the greed that consumed the family, so much that they twist themselves in knots to avoid confronting what their cash cow drug is doing to the country as they rub their hands at soaring profits. 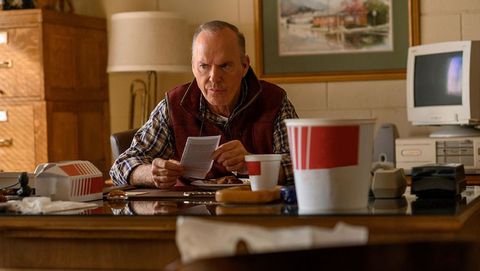 Michael Keaton as a doctor in rural Virginia in new series Dopesick, about the opioid epidemic that has ravaged America

In keeping with reality, those who try to speak truth to power in Dopesick are met with resistance, and there is no level of office so high that money doesn't talk, even if it's just a whisper.

When Billions came out in 2016 it felt as though the power player money men were exaggerated, but having lived through a pandemic where service industry workers wear masks to wait on the mask-free wealthy, and an American senator purchased stock in body bags after being warned of what was to come, the extreme greed and blithe indifference of the rich no longer feels fictional.

In the same way that the vogue for films about scamming indicates we have accepted living within a rigged system, the small screen's continued preoccupation with capitalism is reflective of the grotesque economic disparity which the pandemic has laid bare. Whether looking at the top or the very bottom of the ladder. it's clear there's a great distance between the two, and nobody makes it to the top without stepping on a lot of people along the way.