labor What Could the Rejection of the NCAA’s “Student-Athlete” Label Mean for US Workers Everywhere?

A key government official declared that players are actually employees, but the league is still avoiding worker protections – just like gig economy companies around the nation. On September 29, the top lawyer at the National Labor Relations Board (NLRB), Jennifer Abruzzo, issued a memo declaring that the institutions of college sports — including the NCAA, its member conferences, and universities — are misclassifying players as “student-athletes,” rather than employees entitled to basic worker protections and benefits. Abruzzo added that she would take legal action wherever the agency has jurisdiction under the National Labor Relations Act if the practice continues.

The first page of the memo cites the second episode of Vox’s new HBO series, Level Playing Field, which premiered last week, in support of their argument. The episode, “Misclassified,” focuses on the student-athlete label and how misclassification in the NCAA is part of a wider trend of employee misclassification throughout the US — and on one former college basketball player, Kyle Allen, whose personal experience illustrates exactly what’s at stake for the thousands of athletes potentially impacted.

In 2010, Kyle accepted a scholarship offer for $25,485 to play basketball for Hawai’i Pacific University (HPU). It’s the kind of letter the NCAA says represents “opportunity” for 79,000 first-generation college students a year, but accepting that opportunity would upend Kyle’s life. Two years after signing his name to the contract, Kyle found himself without a college degree, no offer to play professionally, and bleak job prospects. Soon after that, he was behind the wheel of his car, driving for Lyft and trying to figure out what, exactly, had led him there.

Kyle’s experience isn’t unique to college sports. His story is just one of the innumerable examples of American institutions skirting the rules meant to protect workers in every sector of the economy.

NCAA sports are a multibillion-dollar industry, but the vast majority of athletes won’t ever see a dime for powering it, and the path to a professional career is exceedingly narrow. Being able to profit from the value they create is one reason the NCAA insists on calling players student-athletes: a term created by a team of NCAA lawyers in 1955 to avoid having to treat players like employees.

Inevitably, the incentives of competition pull players away from the “student” aspect. “The very first practice, you realize this is no longer fun, it’s a job,” Kyle said. “Essentially seven o’clock in the morning to around seven o’clock at night, you are on company time.”

If you’ve been following the news around the NCAA’s various legal and legislative battles, you know the landscape has already begun to shift. The confluence of a handful of state laws forcing the NCAA to finally allow its college athletes some of the fruits of their labor, in the form of endorsement or licensing deals, and June’s blistering, unanimous Supreme Court ruling called attention to the NCAA’s “disturbing” dependence on unpaid labor. But the issue goes deeper than allowing players to make a few bucks signing autographs.

Before this year, college athletes getting a free tattoo or selling a song they wrote could lead to serious consequences, while their schools could rake in millions plastering arenas and stadiums with sponsor logos and profiting from TV deals. Now, NCAA athletes can finally earn money off their own names without risking their athletic careers. It’s not just huge, international brands getting into business with college athletes; regional and local businesses are in the thick of it as well.

But the core injustice of the NCAA remains. That athletes are allowed to earn money off the field does not make up for them being denied compensation for what happens on it. The student-athlete designation denies players all sorts of other workers’ rights, such as compensation if injured on the job or the right to collectively bargain. “I’ve learned that that term really was created to deprive players of their statutory rights, and to kind of create this false narrative that they are amateurs,” Abruzzo said. (Walter Byers, the first executive director of the NCAA, admitted to engineering this narrative, but after retirement lamented his role in creating what he described as “a neoplantation mentality.”)

Still, the arrangement has largely continued, with only minor changes adopted by the NCAA, despite decades of criticism. The NLRB memo is a significant step on a new, more equitable path for college athletes like Kyle, whose experiences after college illuminate injustices of labor misclassification in this country.

Two years into his time at HPU, after a series of disagreements with his coach, Kyle found himself off the team and without a scholarship. He started driving for Lyft and Uber to support his family, and the similarities between his days playing and his new life driving were readily apparent. Instead of a “student-athlete,” Kyle now worked as an “independent contractor,” without the benefits of an employee. “Without these drivers, you have no business,” he said. “Without these players, you have no business.”

The experience left Kyle in what he called a “vortex of poverty.” He’d been taken in by two false dreams. “You get a full-ride scholarship or you get to pick your hours,” he said. “It’s an illusion of freedom. But in reality, you are still on a plantation.”

Abruzzo also sees the connection. “It’s not only players at academic institutions,” she said, “but others that feel they’re being misclassified, as independent contractors or otherwise, that don’t have statutory protections.”

For as long as there have been worker protections, there have been employers fighting to escape them. Corporations powered by gig workers, undaunted by existing minimum wage laws that purport to protect employees, skirt any obligations to their labor forces by classifying everyone as an independent contractor, thus claiming that minimum wage laws don’t apply to them. One study of delivery workers in NYC found they were making $7.87 an hour after expenses, not counting the time they spent waiting on orders. Another found ride-hail drivers in Seattle were earning an average of $9.73 an hour. And a competing study of Seattle, backed by a partnership with Uber and Lyft to use their real data, still found that around a third of workers were being paid less than Seattle’s minimum wage.

“Regardless of these algorithms and other things,” Abruzzo said, “there have been any number of cases where we’ve said, sorry, you know, you’re saying you don’t have control over them, but really you do. They’re not independent contractors. They are employees.”

Misclassification in the American labor force didn’t begin with the NCAA, and it’s not confined to the companies that live in your phone: While an estimated 1 percent of workers are working in the app-based economy, 10 percent of the total workforce are full-time independent contractors, and up to 40 percent work as part-time contractors.

Not all independent contractors are misclassified, but its use as a means to escape protections is pervasive. Somewhere between 10 percent and 20 percent of all companies misclassify at least one worker. And no sector is immune from contending with these issues: Freelance relationships are still very much the norm throughout the media and entertainment industries — including at Vox Media — which can lead to difficult decisions.

When seen through the lens of employee misclassification, the debate over the term student-athlete suddenly carries significant weight for many Americans who have nothing to do with college sports: If we can change the way student-athletes are treated, who else deserves to be called an employee?

Just before Labor Day, a federal judge allowed a lawsuit to proceed claiming college athletes are employees. Abruzzo is hoping to move the needle on winning players the right to collective bargaining through litigation in the NLRB, after Northwestern University players were narrowly denied the right to unionize in 2015. She also hopes employers look at the shifting ground and act on their own, or that workers force them to: “The employer should be reconsidering it, especially if they have control. And the workers themselves should be looking at it: ‘I think I am protected by this act. I don’t care what my employer says.’” 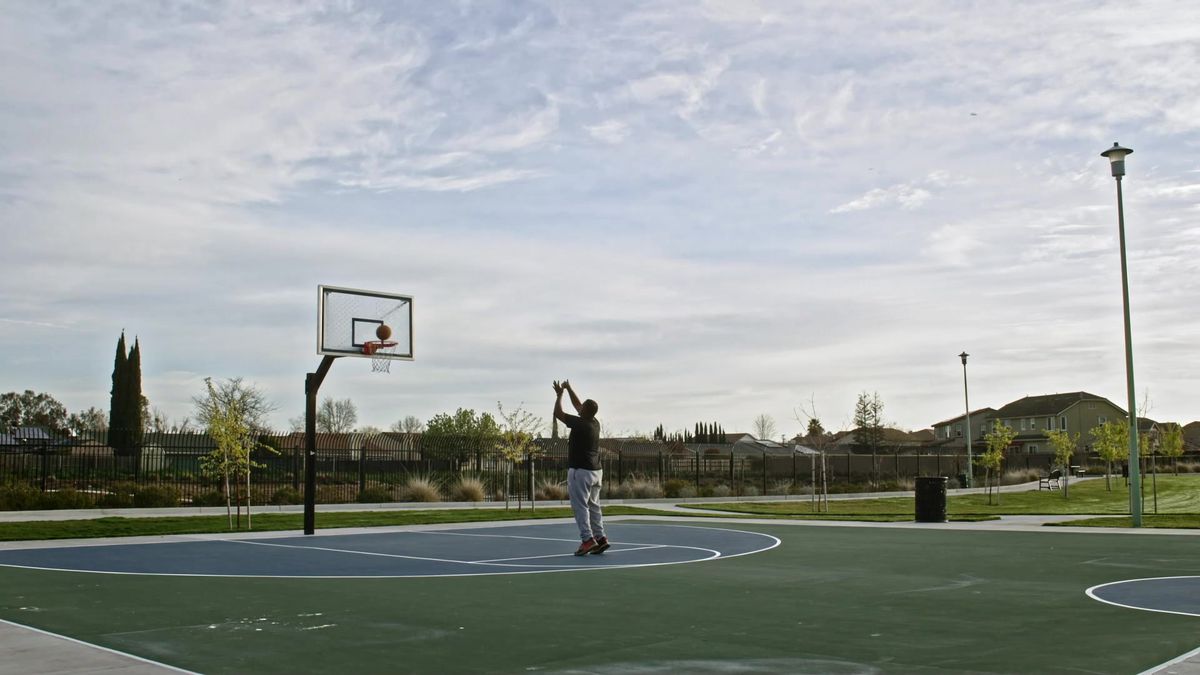 It took Kyle another six years to get back on track. After losing his scholarship, struggling as a driver for years while fighting off the depression of losing his dream, he was finally able to earn an online college degree on the side, enabling him to seek a new job in a new field. He now works in education, helping kids in his hometown of Sacramento. It’s one of those increasingly rare opportunities: the kind with benefits, and a union.

“I’m proud of the work we did, and the work she’s doing in making sure that student-athletes are seen and heard, and that we have a voice.”