Approaching Zero: Super-Chilled Mirrors Edge Towards the Borders of Gravity and Quantum Physics

The results may offer insight into the inconsistency between quantum mechanics and the theory of general relativity, which describes gravity and the behaviour of the universe at very large scales. The LIGO gravitational wave observatory in the United States is so sensitive to vibrations it can detect the tiny ripples in space-time called gravitational waves. These waves are caused by colliding black holes and other stellar cataclysms in distant galaxies, and they cause movements in the observatory much smaller than a proton.

Now we have used this sensitivity to effectively chill a 10-kilogram mass down to less than one billionth of a degree above absolute zero.

Read more: Explainer: why you can hear gravitational waves when things collide in the universe

Temperature is a measure of how much, and how fast, the atoms and molecules that surround us (and that we are made of) are moving. When objects cool down, their molecules move less.

“Absolute zero” is the point where atoms and molecules stop moving entirely. However, quantum mechanics says the complete absence of motion is not really possible (due to the uncertainty principle).

Instead, in quantum mechanics the temperature of absolute zero corresponds to a “motional ground state”, which is the theoretical minimum amount of movement an object can have. The 10-kilogram mass in our experiment is about 10 trillion times heavier than the previous heaviest mass cooled to this kind of temperature, and it was cooled to nearly its motional ground state. 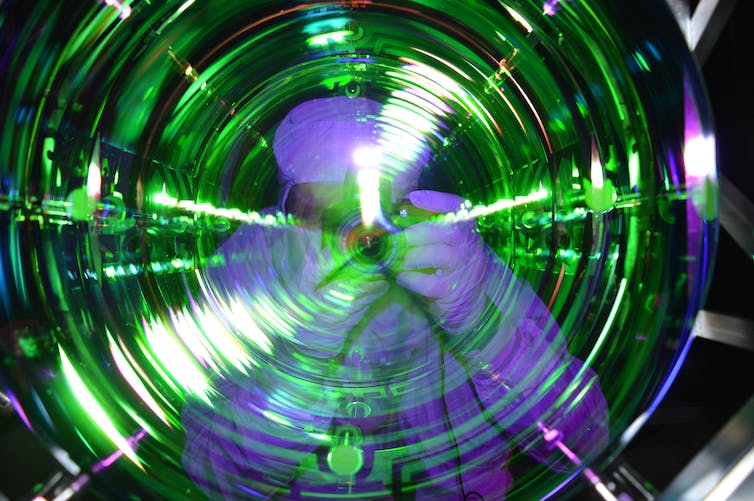 The work, published today in Science, is an important step in the ongoing quest to understand the gap between quantum mechanics — the strange science that rules the universe at very small scales — and the macroscopic world we see around us.

Plans are already under way to improve the experiment in more sensitive gravitational wave observatories of the future. The results may offer insight into the inconsistency between quantum mechanics and the theory of general relativity, which describes gravity and the behaviour of the universe at very large scales.

LIGO detects gravitational waves using lasers fired down long tunnels and bounced between two pairs of 40-kilogram mirrors, then combined to produce an interference pattern. Tiny changes in the distance between the mirrors show up as fluctuations in the laser intensity.

The motion of the four mirrors is controlled very precisely, to isolate them from any surrounding vibrations and even to compensate for the impact of the laser light bouncing off them. 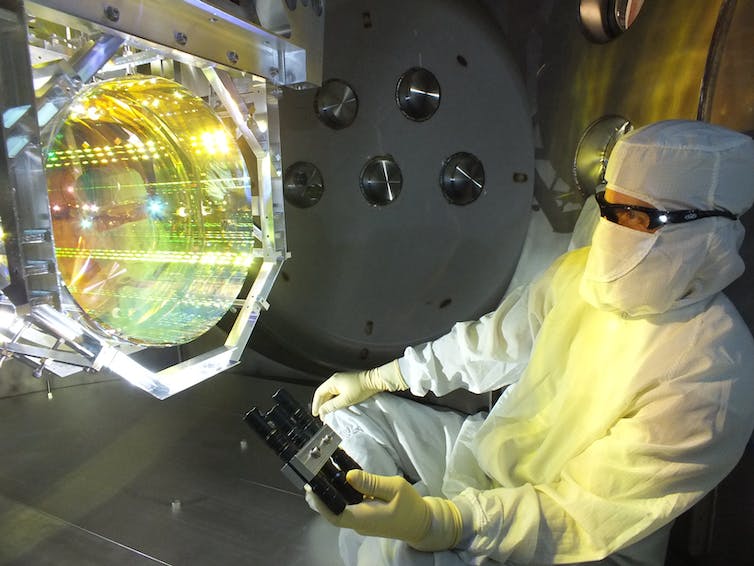 There are at least as many ways the atoms can move as there are atoms, but we only measure one of those ways, and that particular dance move of all the atoms together is the only one we cooled.

The result is that while the four physical mirrors remain at room temperature and would be warm to the touch (if we let anyone touch them), the average motion of the 10-kilogram system is effectively at 0.77 nanokelvin, or less than one billionth of a degree above absolute zero.

Our contribution to Advanced LIGO, as members of Australia’s OzGrav gravitational wave research centre, was to design, install and test the “quantum squeezed light” system in the detector. This system creates and injects a specially engineered quantum field into the detector, making it more sensitive to the motion of the mirrors, and thus more sensitive to gravitational waves.

The squeezed light system uses a special kind of crystal to produce pairs of highly correlated or “entangled” photons, which reduce the amount of noise in the system.

Read more: We're going to get a better detector: time for upgrades in the search for gravitational waves

What does it all mean?

Being able to observe one particular property of these mirrors approach a quantum ground state is a by-product of improving LIGO in the quest to do more and better gravitational wave astronomy, but it might also offer insights into the vexed question of quantum mechanics and gravity.

At very small scales, quantum mechanics allows many strange phenomena, such as objects being both waves and particles, or seemingly existing in two places at the same time. However, even though the macroscopic world we see is built from tiny objects that must obey quantum phenomena, we don’t see these quantum effects at larger scales.

One theory about why this happens is the idea of decoherence. This suggests that heat and vibrations from a quantum system’s surroundings disrupt its quantum state and make it behave like a familiar solid object. 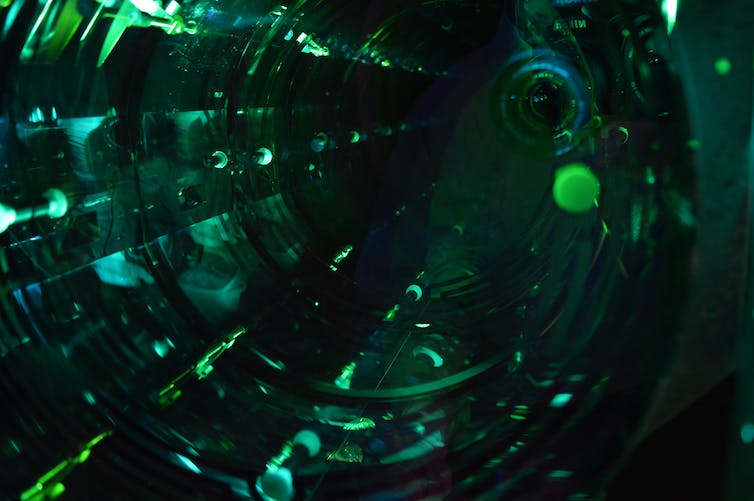 In order to measure gravitational waves, LIGO is designed to not be affected by heat or vibrations from its surroundings, but LIGO test masses are heavy enough for gravity to be a possible cause of decoherence.

Despite a century of searching, we have no way to reconcile gravity and quantum mechanics. Experiments like this, especially if they can get even closer to the ground state, might yield insight into this puzzle.

As we improve LIGO over the next few years, we can re-do this quantum mechanics experiment and maybe see what happens when we cross over from the classical world into the quantum world with human-sized objects.