tv 'Look What I've Lost': A Powerful Decade-Spanning Film About One American Family

Using home video filmed over 20 years, 17 Blocks captures one black American family enduring the joy, loss, and the scourge of gun violence in the shadow of the US Capitol In 1999, Davy Rothbart was 23 years old and staying on a friend’s couch in south-east DC a few blocks from a basketball court, where he befriended 15-year-old Akil “Smurf” Sanford and his precocious nine-year-old brother, Emmanuel. An aspiring film-maker, Rothbart had a small handheld camcorder, which the younger brother immediately took a shine to; the two would mess around with the amateur device, taking in their everyday sights. “We learned how to use it together,” Rothbart told the Guardian – strolling about the neighborhood, interviewing people on the street, monkeying with the night vision setting, letting their curiosity guide the lens. 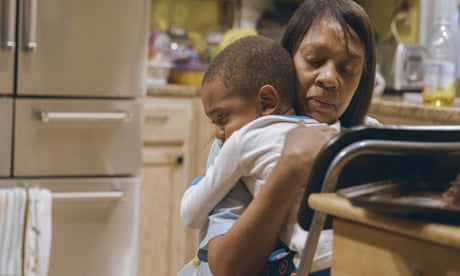 The resulting videos form 17 Blocks, which distills 1,000 hours of footage over 20 years into a poignant, at times gutting, astoundingly generous documentary on one black American family facing drug addiction, cycles of gun violence, and the passage of time’s gifts and losses. Though the film does not shy away from political commentary – the title is a pointed reference to the distance between the Sanford’s underfunded, largely segregated neighborhood and the Capitol which turns a blind eye – the project developed out of something smaller, more intangible: mutual friendship, and an interest in preserving things on film. Rothbart started leaving his camera at the Sanfords’, so Emmanuel and Smurf could film on their own time, often capturing their sister Denice, and mother Cheryl. “It was really an organic thing,” said Rothbart.

The first third of 17 Blocks, filmed in 1999 and the early 2000s, is alight with curiosity, mostly thanks to Emmanuel, who showed a special affinity for film-making, and for filling the screen with his exuberant grin (he describes his favorite subject as “talking on the phone”, for instance, then adds “and I’m a superstar”). “Even at nine years old, Emmanuel had a poetic eye,” said Rothbart. “He would shoot out his window like a branch swaying in the wind, or he would shoot two people – you couldn’t hear their voices – having a conversation on the street and twirling around each other. He just had a really interesting visual sense.”

Many of Emmanuel’s videos focused on his mother, Cheryl, who recalls appreciating the amateur film-making not so much as preserving memories than as a chance to shine. “At the time it was just home videos,” she told the Guardian. Sanford grew up middle-class, the child of a government worker in DC, and dreamed of becoming an actor, “so to me it was, ‘I’m a star of my own little movie’ … I thought I was Marilyn Monroe anyway.”

Sanford is unflinching at the uncomfortable, raw moments captured by Emmanuel at the time – a physical fight with her then boyfriend, moments when she’s passed out on the couch in an ongoing struggle with drug addiction, calling her father to ask for money, the many cramped houses within south-east DC in which the family lives. “You can’t change the past – the past is the past. For me it’s relevant to now,” Sanford said of allowing viewers into that era of her life. “My life experience is similar to a lot of single parents … it doesn’t bother me to have it on screen. My life is my life. This is what has happened to me. Maybe someone else having difficulty in life with some of the experiences that I experienced – maybe they’ll get something from it.”

The film is bisected by a horrific act of gun violence: on New Year’s Eve 2009, Emmanuel was shot and killed at home (no arrests were ever made). The carnage and devastation is captured by the Sanfords’ bravely rolling camera, as they course through a decade of grief, activism, reconciliation, forgiveness and learning to speak of an unimaginable loss, through the growth of anti-gun violence and Black Lives Matter protests. Rothbart had stayed close with the family through the years, spending holidays together and, in the wake of Emmanuel’s death, grieving (the rapport and respect between Sanford and Rothbart was clear in a joint interview).

“We felt really determined that we had to tell Emmanuel’s story, and we realized it’s not just Emmanuel’s story, it’s the whole family’s story,” said Rothbart. The cameras kept rolling after 2009, as it “was something we were in a ritual of doing when we were together.” By the film’s final third, in 2016, Denice’s son Justin – rambunctious, curious, hamming it up for the camera – is the same age Emmanuel was when Rothbart first met him at the basketball court. 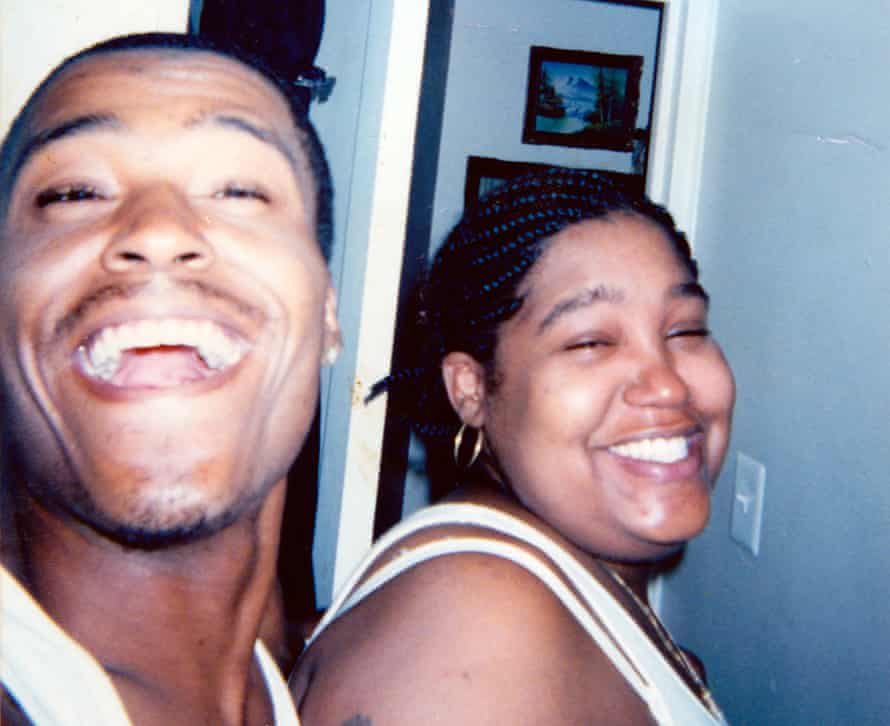 The freewheeling film project, and the trove of low-stakes, easygoing home video treasures he left behind, took on new purpose after Emmanuel’s death. “I wanted memories of him, period,” said Sanford. The collection of videos before and after his passing, distilled down from the thousand hours by video editor Jennifer Tiexiera, offer viewers a chance to know Emmanuel as something more than a grim statistic of gun violence often weaponized by US policymakers and pundits against black communities. “You may not have known him, but here, this is who I lost, look what I’ve lost,” Sanford said of the film. “This is but one story, and even though there are many, it’s the same story.

“This movie is real life,” she said. “It’s not like just what they see on TV, because TV is make-believe. This is real life, it happens, it’s quite the norm for a lot of us.”

“It’s so wonderful and brave for them to share their story in such an intimate way,” said Rothbart, who credited Sanford’s steadfastness in recognizing the power of simply observing their complicated, metastasizing, unbelievable grief. “Even at the time, [she] knew that this would have value someday,” he said. Having lost friends and children of friends to gun violence, she “knew how challenging and painful” the weeks immediately following Emmanuel’s death would be. But she said, “people need to see this,” Rothbart recalled. “People need to know what it’s like to go through something like this in your family. We have to film everything.’

“People could meet him as a boy, and then recognize the boy that’s been lost here.” 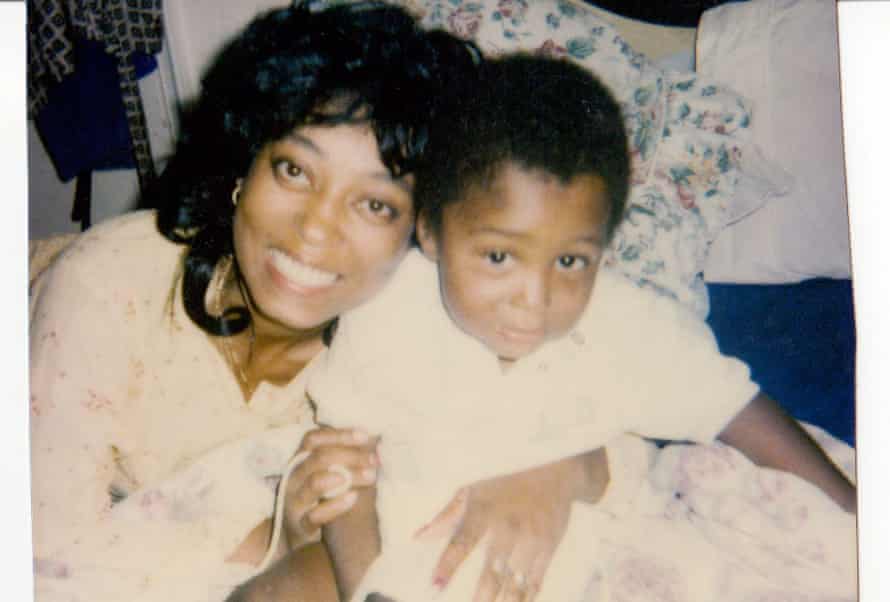 Time beats on, and the film’s latter section observes the now-adult Sanfords growing into the future – Cheryl fighting for sobriety; Smurf, spared prison time by a too-rare compassionate judge, finding steady work at a deli and playing with his sons; Denice training to be a security officer. Outside the frame, Rothbart and Cheryl Sanford look toward a safer future; the film-makers have partnered with Everytown for Gun Safety and Black Lives Matter for screenings, and together they started a program, Washington to Washington, which brings youth from the DC neighborhoods on camping trips out of the city.

“The title of the film is almost a challenge,” said Rothbart. “The family lives 17 blocks from the US Capitol, and yet this is what’s happening in this neighborhood. It’s kind of a challenge to people in power, and really to any audience member, to ask: what can I do to try to create more opportunities for people living in neighborhoods like this, and to change some of the outcomes?

“Gun violence is a symptom, not a cause, of other issues, other challenges that these neighborhoods are facing that aren’t being adequately met,” he added. (“Correct,” Sanford chimed in.)

17 Blocks ends with a tribute to those lost to gun violence in DC in the 10 years since Emmanuel’s murder – a list, over 1,200 names in tiny font, that goes on for pages, far too long. “Each one of those names could be its own documentary,” said Rothbart. “And that’s a family that’s grieving, still missing their loved one.”