The teens of "Sabrina" are witch and human, girl and gender nonconforming—and they have a message: If magic isn’t used for justice, then it’s not witchcraft. The occult is a natural allegory for any sort of veiled existence; one that lends itself to popular portrayals of women on the outskirts (The Craft, AHS: Coven, etc). Occult practices around the world have roots in the belief that there is a corresponding spiritual realm to the physical realm we occupy. It’s in this liminal space that women—or anyone delegated to an “othered” experience—can thrive. What space is better suited for someone who is constantly served the social and cultural insult of being better at “feeling” than “thinking,” someone who possesses “heightened intuition?”

The Chilling Adventures of Sabrina, available on Netflix Friday, October 26, dives into this trope, ripping it open to build something more radical. It’s no longer enough to say “every woman is a witch.” Now, we must truly consider what it means to be a woman and what it means to be a witch. What is the cost of either identity, and what are its accompanying obligations? The teens of Sabrina—witch and human, girl and gender nonconforming—have a message: If magic isn’t used for justice, then it’s not witchcraft.

Sabrina (Kiernan Shipka) is a half-witch, half-human girl who must choose whether she wants to live in the world of witches or mortals by her sixteenth birthday, when she’s expected to participate in her “dark baptism” and pledge her soul to the devil.

As she approaches her birthday, Sabrina becomes more and more frustrated by the trials of the human world. Her gender nonconforming friend Susie (Lachlan Watson) is bullied by four football players, and when the situation escalates to physical assault, their school principal refuses to question the athletes, suggesting instead that Susie “find another school.” Sabrina has some magical abilities (she can cast spells with the help of others), but lacks the knowledge and experience to harness them in an attempt to solve global problems like cissexism. Though choosing the world of witchcraft would grant her greater powers, Sabrina’s dark baptism would simultaneously remove her from the world she wishes to heal, leaving her disenfranchised friends to fend for themselves.

Like any good witch, she wonders: What good are my powers if I can’t use them to protect the vulnerable? What are they for, if not to try and balance the scales tipped toward those in power?

Sabrina soon realizes that the witch world suffers from the same power imbalances she’s trying to fight in the mortal world. “Everyone who goes to the [witch] academy is snobby, horrible, or racist,” she says, adding. “I have reservations about saving myself for the Dark Lord. Why does he get to decide what I do or don’t do with my body?”

Rather than letting her life be ruled by the witch/mortal binary, Sabrina forges her own path—one that harnesses the magic of the margin to protect those punished for living in it. Watson, who plays Sabrina’s gender non-conforming friend Susie, tells Broadly that this theme was why he was drawn to the show, one that speaks to his own experience unlearning the gender binary. 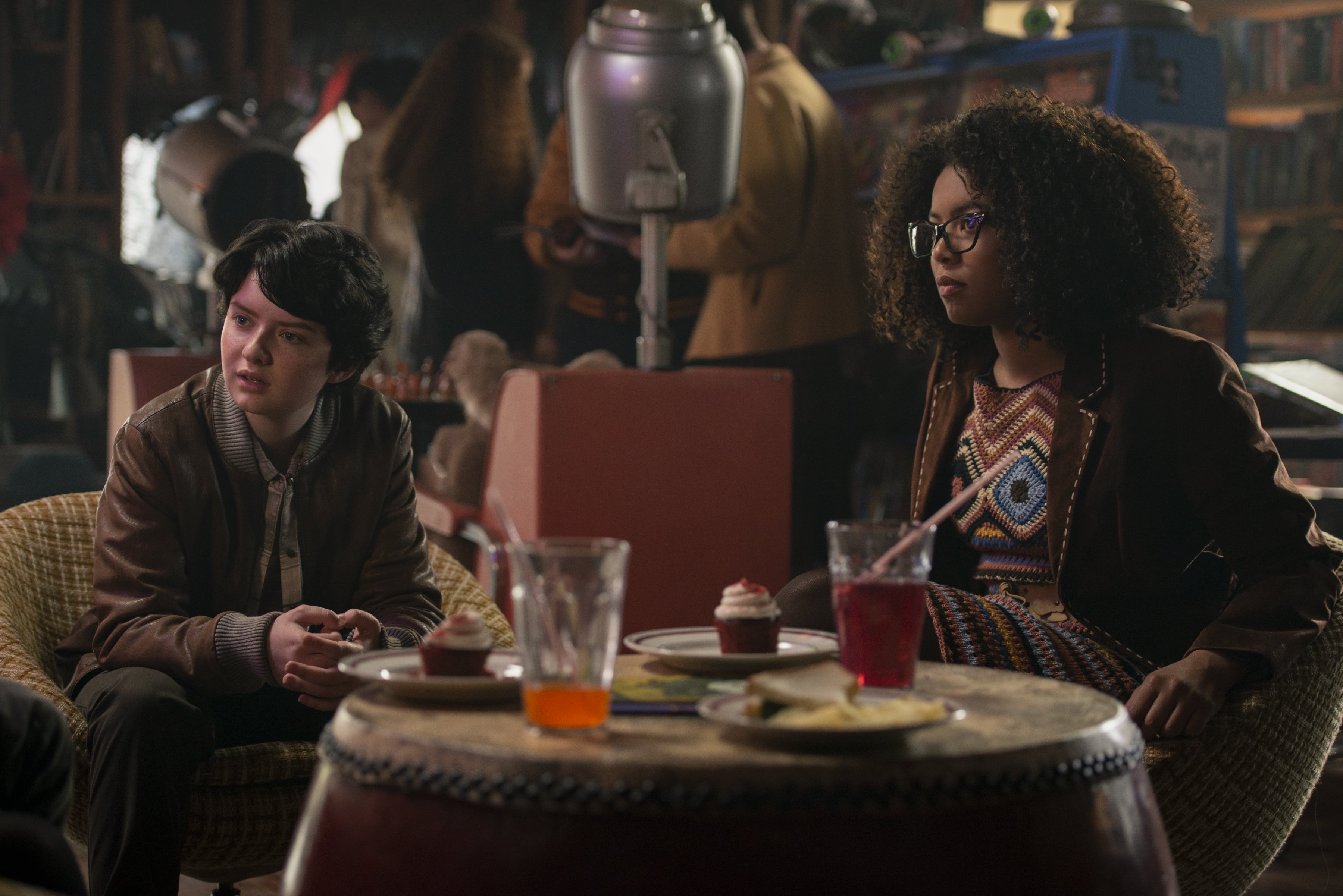 “I always saw gender in a very binary way growing up; I never really saw any other option. I identified as a trans man for a long time, and I spent that entire time trying to force myself into a mold that wasn’t really made for me,” he says. “That was one of the most difficult times in my life because I didn’t understand there was a world outside of the two options; outside of the binary—that never got talked about.”

“I saw the path that the world kind of hands you when you come out as trans, and I started down that path, but the further I got, the more I realized...this path wasn’t mine. I was living my life the way that I thought I should live it, and not the way I thought it would be right for me. So I think, finally listening to myself and asking myself: Why isn’t this my path? Where am I going, who am I living for? That was what really helped me come to terms with identifying as non-binary. Just forcing my own path, in a way, going in a direction and seeing what sticks,” Lachlan says, explaining that he wants to tell young people that there is so much to the world beyond binaries—gender or otherwise. “You don’t have to live your life for other people—the binary isn’t a requirement, it’s an option. One of many options.”

Like Lachlan, his character Susie—along with Sabrina and their friend Ros (Jas Sinclair)—found a radical feminist organization to support marginalized students, called WICCA: Women’s Intersectional Cultural and Creative Association. “If anyone messes with you again, you will have a recognized, legitimate sisterhood backing you up,” Ros tells Susie.

Sabrina brings magic to her mortal high school by forming her own kind of coven with Ros and Susie, her chosen family. She uses her abilities to seek justice and empower the disempowered—like every witch should.